Aftermath of the Nepal Earthquake

The world greeted the news about Saturday’s earthquake in Nepal, which measured 7.8 on the Richter scale and claimed more than 2000 lives (and destroyed cultural treasures in the Kathmandu Valley), with absolute horror. This was unfortunately a disaster waiting to happen.

I first visited the Kathmandu Valley in 2004, when the country was in the midst of a Maoist insurgency that finally ended up toppling the monarchy. Although there were many tourists in the country, the infrastructure was decent enough at the time to manage the numbers. The air in the Nepalese capital was clean and the now-infamous tourist ghetto of Thamel was actually a relaxed place where tired trekkers cooled off their heels and adventurers waited their Tibet permits.

Fast forward to October 2014…I was horrified at what I saw when  returned to the valley after a 10-year gap. Thamel had been over-developed to death. It was a congested tourist ghetto where buildings sprang up in every corner and the roads, without sidewalks, grew narrower.  The effects of commercial tourism were visible everywhere: over-crowding, a 20-fold rise in the cost of just about everything and a new industry of scam artists to con unsuspecting tourists.

The air was smoggy and the pollution levels were much closer to what they are in Delhi. As I travelled to villages and the countryside, I noticed the excessive development that was wrecking havoc with nature.  Trekkers told me of their counterparts dumping plastics and other garbage on the once virgin hillsides.  Deforestation ruled the day and mountains were losing their green cover and slowly becoming barren.

Like in the Indian state of Uttarakhand, where overdevelopment and deforestation thanks to the religious tourism industry lead to major floods, Mother Nature struck back in Nepal.

The greatest tragedy no doubt is the loss of life and homes. However, the world has lost some historic and architectural gems as well.  The wonderful and imposing palace squares in Patan, Bhaktapur and Kathmandu, which showed the best of Pagoda Architecture (something that spread to South India and Korea, China and Japan), have been destroyed. No matter what kind of efforts are made to restore them, the squares with such magnificent temples will never be the same again.

Crumbling heritage buildings, a communist legacy, buses and automobiles from the 1950s…It’s no wonder that some call you the Havana of India. For more than 30 years, the ‘City of Joy’ stood still and stayed in a time warp as the rest of India moved on and entered the age of globalisation.

Now, however, the last bastion of the Left has fallen to the capitalists and multinationals. Your antiquated streets are getting filled with Dominoes, Pizza Hut, McDonalds and the likes.  The cars are flashier and there is a genuine attempt to rid you of those cute 1950s buses! It, however, does look like the rickety trams of yesteryear will stay.

So what’s better for you? To stay a living museum that we outsiders can visit and admire before going back to our normal lives? Or for you to catch up with the modernisation bandwagon?

Maybe a middle path will suit you a la Vienna?

The traditionalist in many of us dream of a Calcutta with restored old buildings, but cured of its excessive poverty. A city where all things new can make their presence felt albeit not at the expense of past glories.

Changes happen, but you still stay the friendliest city in all of India. Never change that about yourself! 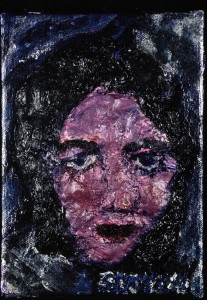 A siren startles her. Police? Fire?
Waking up from sleep Cora thinks:
“It’s hard. It’s hard.”
Life is hard. Dealing with each day
is hard. And it’s a long wait for
anything to celebrate. “God’s will
be done.” Cora stares at the ceiling.
It is cold in the room. She feels a
fever coming on.

Pots and pans clutter the stove, plates,
bowls, glasses from breakfast need to
be dealt with. Lyle, Whitney, Mickey are
off to school with bagged lunches. Cora fixes
the beds, showers, dresses,. Before she leaves
for work she pays the bills, orders drug store
necessities, pharmaceuticals.
She reflects that if women, like men, took life as
it comes nothing would get done.

Wide-eyed the children watch Cora pop the
corn and hang the streamers, set out cookies
and cakes with multi-colors.
“Whose birthday, Mama?” Lyle wants to know.
“No one’s, child.” Cora smiles. “The day
got itself done and I thought we’d have some
fun. I bought us some new cartoons at the
Nickelodeon.”

The steel mills of Gary Indiana, the narrow
crowded streets, the grit, grime, ash heaps,
crime, the money! – my uncle John was a
plant foreman. I moved in with him and my
aunt Ann when I graduated high school in
Chicago.
You couldn’t beat the pay at the steel mills.
They paid twice as much as any factory I would
have worked in Chi-town and the benefits were
just as good.
My cousin Jerry, also just out of school, got
hired the same day. With overtime, bonus
checks, double time for working holidays,
we were making as much as doctors (almost.)
We got a bachelor’s pad, new cars, snazzy
threads, Talk about the American Dream!
We were unskilled Jet Setters (or nearly).
Lurking within that dream, however, was an
American nightmare, the Vietnam war.
The draft was introduced and Jerry and I
were taken right away. Everyone was sent
to the war, unless they could dodge it in
college or join the peace corps.
The mills were getting stripped of their young
workers. Every plant was.
Fifty thousand plus died in the conflict.
Another hundred thousand and more were
wounded, many permanently.
Our dreams didn’t last long.
“The Magic City” fell apart too. When we
got out of the service there were no jobs for
us. We had hired on to a work force of thirty
thousand. Due to globalization, and outdated
machinery the mills shrank exponentially.
Less than six thousand people work there now.
Work disappeared in Indiana and dreams died,
same as in the rest of the country. 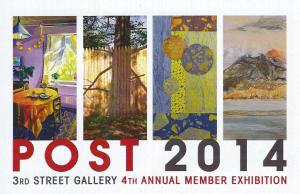 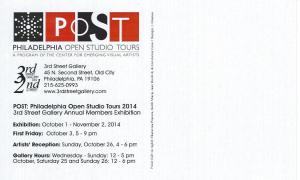