Potential to Do Harm

In the days since the tragedy at Sandy Hook Elementary in Newtown, Connecticut, we have, as a country, struggled to make sense of it all. Every parent has thought of their own children on that day and are grateful they are safe. Some are grateful for something else — that it wasn’t their child who perpetrated the violence. Others pray that there is no child like Adam Lanza at their school — a ticking time bomb of potential violence.

So what do you do if you realize that your child’s classmate exhibits violent tendencies?

We do not know what happened to Adam Lanza that caused him to act so destructively but we do know that he must have been disturbed in some way to exhibit such violence. It has been said that he was mentally unstable but we will never know exactly what was going on inside. If you follow the news online then you have probably heard of, if not read, the post entitled “I am Adam Lanza’s Mother”. (I won’t link to it here because I don’t want to give it any more publicity but if you Google it you will find it right away.) The post describes the mother of a mentally ill 13 year old boy who is potentially violent. While I question the motivation of the post, whether it was more for publicity and personal gain than actually helping anyone, the fact remains that the mental health issue is unresolved and virtually unsupported in the United States.

In the interest of keeping our children safe and insuring that what happened at Sandy Hook Elementary will never happen again, we are faced with the challenge of how to identify and help the mentally ill in our society. One challenge is what I have found myself faced with: what do you do if your child’s classmate exhibits violent tendencies? How do you get that child help? How do you keep your own child safe?

This is the challenge I have found myself faced with.

Over the past couple of months, there have been a series of incidents which have led me to the conclusion that one of my son’s classmates is violent, potentially even mentally ill. The pattern of violence visible over time has caused me concern while, taken individually, each incident seems just a case of a boy acting out a bit too aggressively. Collectively, however, the incidents are troubling.

My son is in third grade and this boy who we will call Ron for the purposes of this article, is in his same class this year. He also lives in our apartment community but before this year we only saw Ron at the community pool or the bus stop. Ron and my son always had friction in their friendship; sometimes they would play together well but more often times they would fight. Typical kid stuff I thought, nothing to worry about. At least I wasn’t worried until this school year.

It began with the calls from the school that my son kept getting in trouble. Every incident involved Ron as well and their teacher said that Ron was the instigator but my son would join in. At first it was goofy boy stuff like making noise or silly jokes but then the incidents evolved to more aggressive behavior with Ron urging my son to tease another child, throw things and even hit. I was called into the school, the boys’ desks were moved farther apart, the bus driver changed their assigned seats and I avoided having them play together. 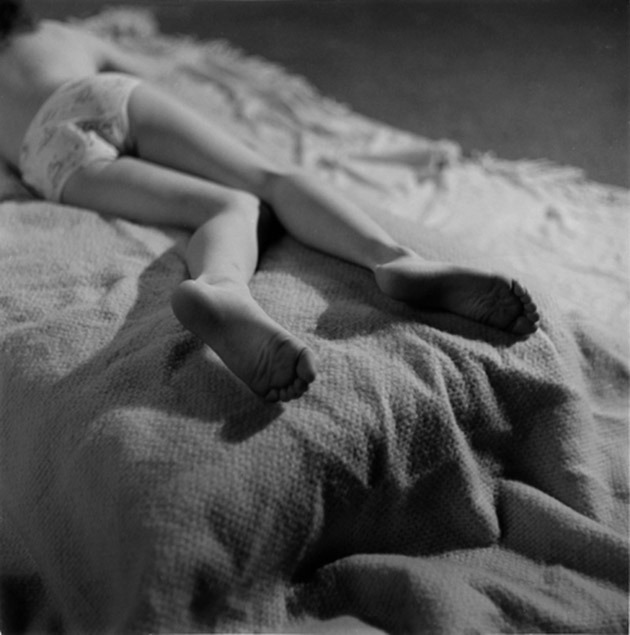 A pattern of violence began to develop including violence towards animals, lack of remorse and unwarranted aggression.

At a camping trip with Boy Scouts which both boys attended, my son was admiring a little frog with his sister. Ron came over and smashed the frog with his foot even though my son frantically yelled no. At school, once the boys were separated, the situation really darkened. Ron started demonstrating bursts of aggression towards my son such as randomly punching him, throwing pine cones or shouting expletives. These incidents always happened when Ron was less supervised such as at recess, in the hall or on the bus. My son wasn’t the only target, one day my daughter ran off the bus crying, saying that Ron had hit her and yelled bad words. When I confronted Ron he just denied it and refused to apologize.

As a parent I struggled with how to address the situation. I decided I would try to talk to Ron directly to see if he was angry with my son. So I did and he said that my son had teased him which my son denied. Regardless, there clearly was some resentment. I asked Ron to please stop hitting my son and to see if they could try to be friends. He agreed and I felt that I had made progress. Not so fast.

Later that week my son told me that he had been playing with Ron at recess and they wanted to continue the game after school. We live in the same neighborhood so I agreed he could go over to Ron’s house after he finished his homework. He was only gone 20 minutes when he burst into the house sobbing. Apparently the invitation to come over was a ruse and a group of boys from the neighborhood all ganged up on my son, hitting him with sticks and chasing him into the woods. Although Ron wasn’t the ringleader in this incident, he had lured my son there and the trap was set. My son was bruised, not seriously injured, but his spirit was crushed.

Once again I was faced with the question of what to do. Obviously my son would not play with Ron or any of those other boys again but there were no parents who witnessed the situation and the other boys stuck together blaming my son. One boy, however, who was not in the group had witnessed the incident and confirmed my son’s account of what happened. The ringleader of the incident was from a nearby neighborhood so I didn’t even know who to contact. I know Ron’s mother casually so I called her and left a message. When I talked to her I realized that Ron’s mother sees her child very differently from everyone else. I don’t know if it is denial or just not knowing but Ron’s mom sees a sweet boy who acts out now and then like all boys do. She doesn’t see the burst of anger, the pattern of violence, the need for a psychological evaluation and even intervention.

How do you tell a parent that their child might need professional help? There is no way you can.

Of course the violent tragedy at Sandy Hook has caused me to look at the incidents with Ron a little more carefully but it was just a couple of days ago, when I attended the class Christmas party, that the potential of this child to do harm really became clear to me.

I live in an affluent seaside community in North Florida, although I would consider my family to be middle-class. The community here is predominately white, but as part of a multicultural family, I have only experienced positive here: everyone is polite, respectful — it is a great place to live.

My kids go to a great public school with great teachers with a wonderful curriculum. There is just this one boy…

I got to the Christmas party early to help out. When the kids came in I looked for my son and I saw that he was crying. I asked him what was the matter and he said that Ron had punched him repeatedly at recess and in the hall. I asked him why he didn’t stay far away from him and he said he tried but Ron kept coming up to him. I then asked if the teachers did anything and he said they just told him to stay away. So I went up to his teacher to talk about the situation. She seemed at a loss as to what to do. She said she tried to keep the boys separated and that my son had to make good choices to stay away. Good advice but not a solution. In the classroom, the teacher was nervous around Ron, like he could act out at any moment. She kept trying to keep him away from my son.

During the class I had a chance to observe Ron. He was in his own world full of nervous energy with an occasional twitch. He kept seeking my son’s attention, showing him what he was doing repeatedly. Then out of the blue he came up and apologized for punching my son. While the apology was nice, it wasn’t enough. What I saw was a boy in trouble. At the very least he had some serious anger management issues to resolve. At the most he needed psychological treatment. From what I could tell from his mother, this was not going to happen anytime soon and his teacher confirmed my observation that she was not seeing the same boy we did.

We test a child’s eyes and ears but when do we evaluate their mental health?

One might say that Ron is just a bully and not mentally disturbed. After all Adam Lanza appeared like a quiet, reserved child. My concern with Ron isn’t just the anger but the randomness of it, the fact that it seems to come from no where, and then leave as quickly as it comes. One minute he is a sweet kid and the next he is angry and unrepentant.

The situation is at this point unresolved. The kids have started Christmas break so there is nothing to do now. When they return to school I will be vigilant. It is only third grade so I do not fear a violent tragedy but at the same time I do not want my son to fall victim to more violent outbursts. If I have to, I will escalate the issue for my son’s safety but the reality is the issue is much bigger than that. I am convinced that this boy is a walking time bomb. Not that he will be another Adam Lanza, I am not suggesting that, but that he has the potential to do harm. Over time, as he matures and has access to more things that can cause harm, that potential worsens.

I am talking about third grade. There is still time.

How many children are like Ron that are going to school, harboring anger that has no release? How do we identify these children before there is a tragedy? How do we help them? I have never had to ask myself this question before now and it is only by asking that I realize that at this time there is no answer.